The first wave, led by General Theodore Roosevelt, boarded their landing craft at 05.00. 0n the one and a half hour sea trip they passed a line of warships waiting quietly for 05.40. At the appointed time the ships started a bombardment of the coastal batteries. Each ship was allocated a battery.

At the same time the dunes behind the beach were subjected to saturation bombing by hundreds of bombers. 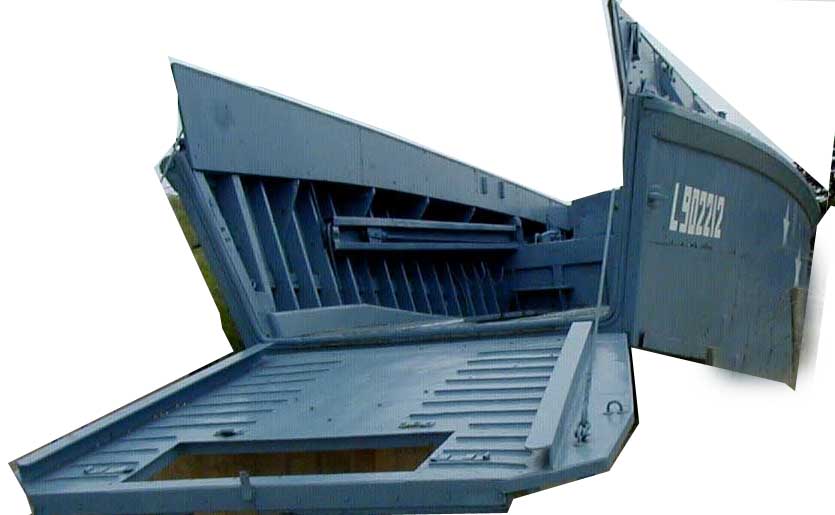 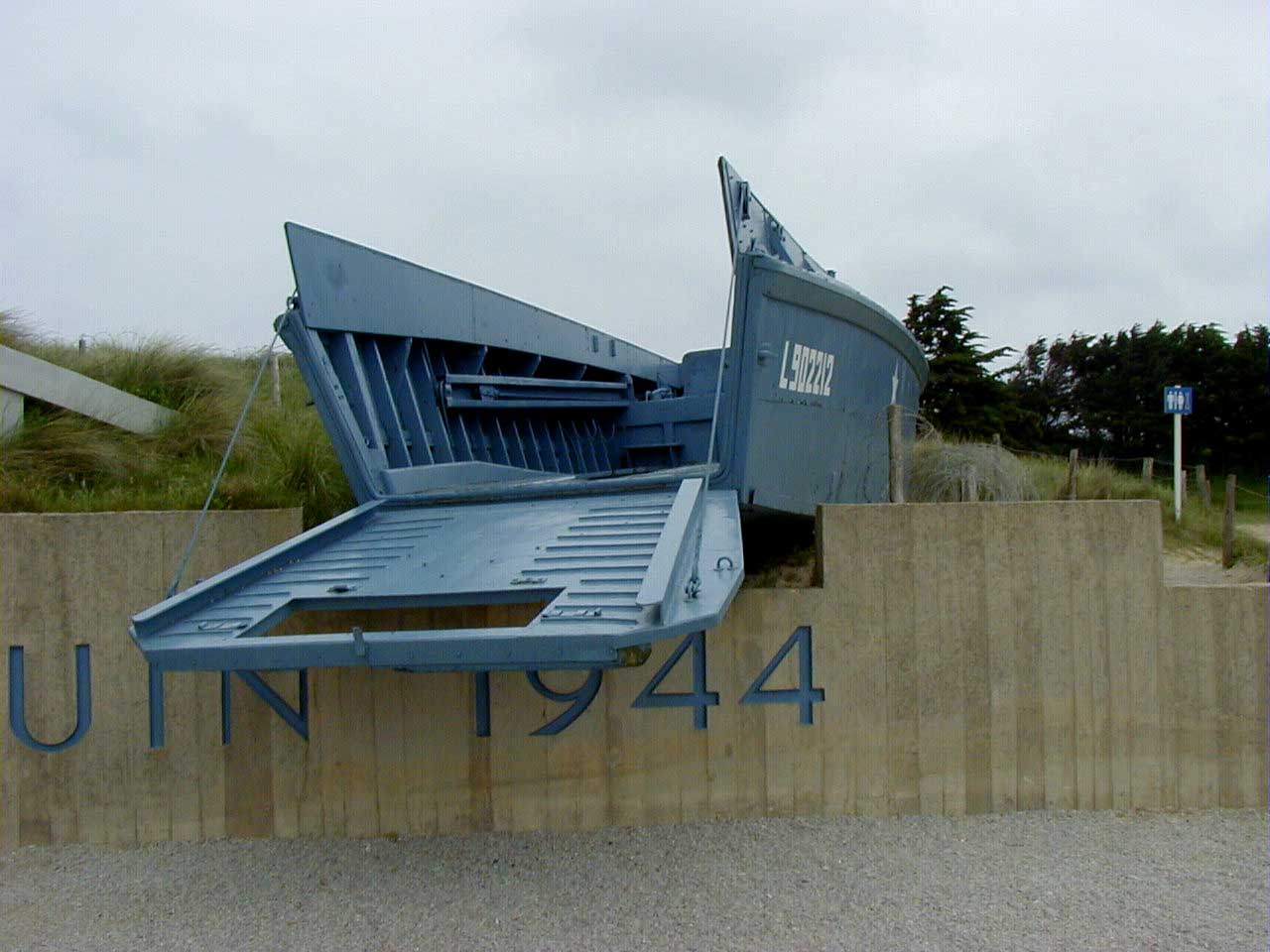 The landing ramp of the LCI was made of metal. The sides, of plywood. Not much protection.

The assault crafts’ target was the dunes at Vareville. The column of landing craft had several problems during the voyage. Of the four pilot boats one got it’s propellor jammed, another was sunk by a mine and another had to turn back, leaving just one. With the delay and the smoke covering the beach they landed one and a half miles too far south, due to the strong tidal current.
This turned out to be providential as this part of the coast was less heavily defended. General Roosevelt took the decision to bring the follow up forces to this wrong beach. 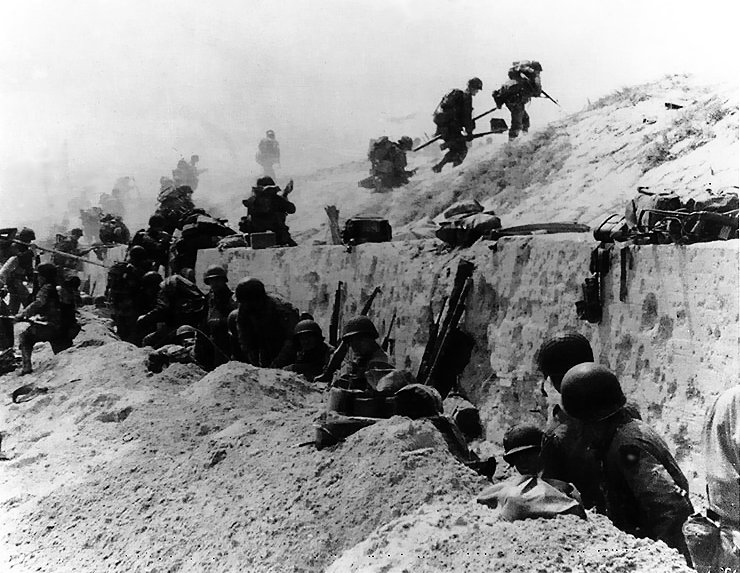 There was relatively light resistance from the germans. They were third rate troops, invalided off the russian front or pressed men who just wanted to go home. They’d been promised air back up, back up from land and secret weapons. To all intents and purposes the germans had no air power in Normandy. Thanks to the paratroops no reinforcement was possible by land , and secret weapons didn’t exist.
A Captain Mabry who landed with Roosevelt was crossing the dunes alone when he was confronted by 5 german soldiers. One was about to throw a grenade so he shot him, and the others instantly surrendered. Mabry was surprised by this as they could have easily overcome him, but turning to follow their gaze he saw that they were really surrendering to the fleet of ships that filled the horizon. The Germans called it the black ribbon.

Although there was lesser resistance and casualties wer much lighter than at Omaha, Utah beach forces didn’t manage to establish a bridgehead as large as planned. The 82nd airbourne were still isolated at St mere Eglise, and a battery at Crisbeq was still operating in the north which restricted their progress.

It wasn’t till the next day that the troops could reinforce the airborne at St Mere Eglise.
The cutting off of the peninsula took 10 days and was acheived the 17th. Cherbourg didn’t capitulate till D+20 on the 26th June. There were still pockets of resistance in La Hague till July 1st. 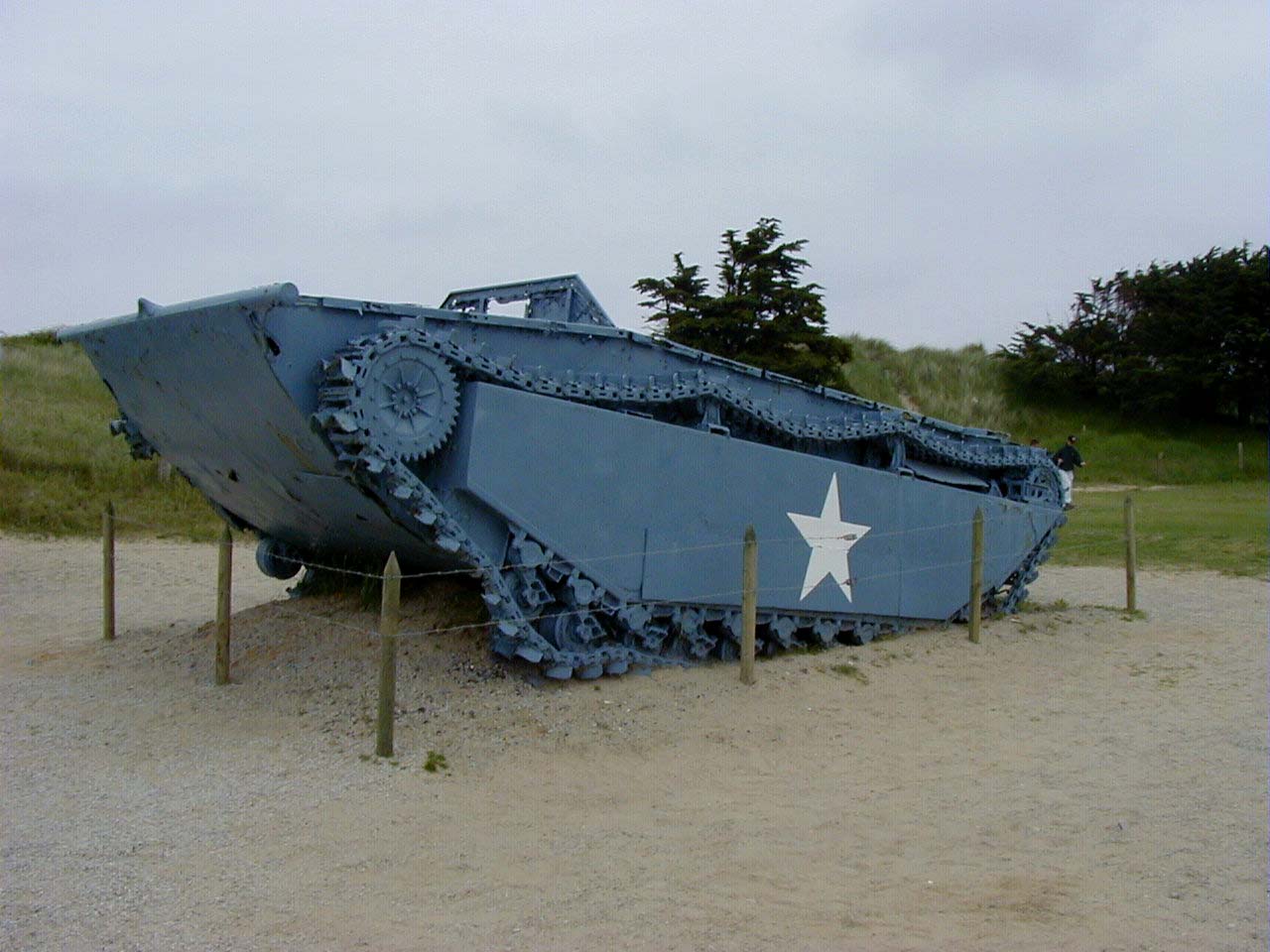