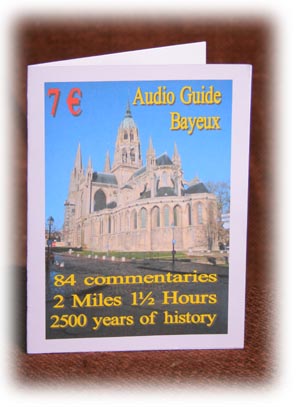 The mp3 audio tour starts by the Ornano coach/car park which is on the southern ring road near the tapestry and cathedral. This is the most accessible car park for arriving from the exterior and is easy to find if you are allready in Bayeux

My litemotiv in preparing this guide is that you are not here to prepare a masters in architecture and the history of art, but you would like to have an appreciation of the sites of Bayeux beyond just admiring them superficially. Whether you've crossed the Atlantic or the channel, you want to get the most out of your hard earned vacation. We will also ferret out places that you'd never find by just strolling round. 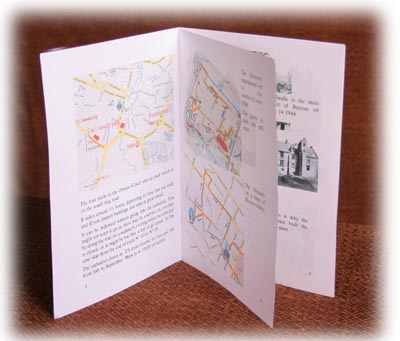 Rather than give a precise itinerary that we will follow, I'll evoke some of the questions answered and different places we'll visit. Apart from the Cathedral, that we will visit, and the tapestry, that you should visit separately (audio guide included in entrance fee), most people wouldn't recognise names of streets or buildings. 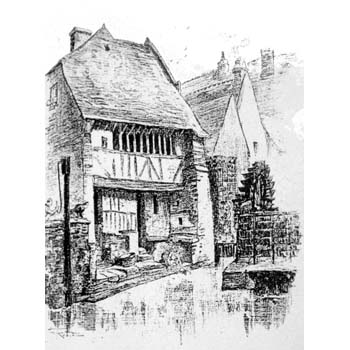 We'll be seeing two water mills that still turn. One, a flour mill owned by a bishop, and the other for grinding Oak bark. Now why on earth would one grind oak bark?

Where would women stand in barrels to keep dry? 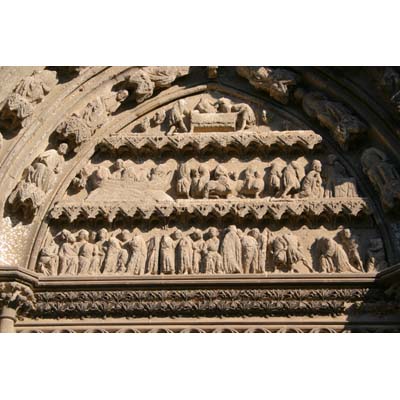 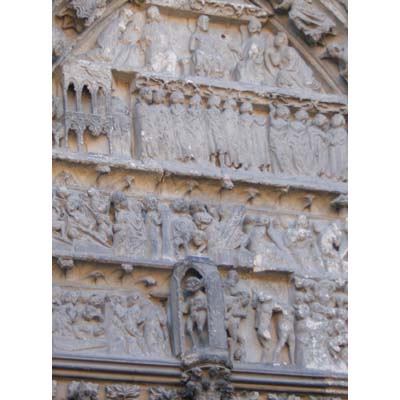 The King's crime against his Bishop. Then he cried What the devil is the devil waiting for? 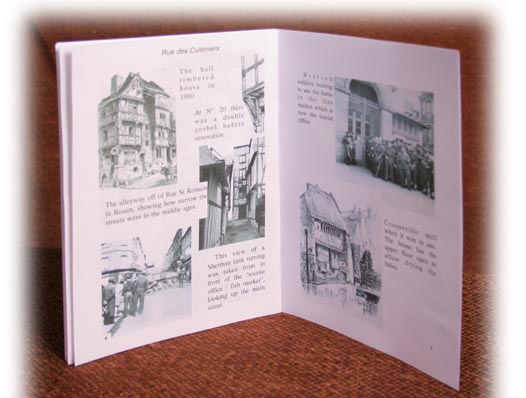 There was a time when Europe copied Chinese goods. Bayeux was part of this trend, thanks to the breaking of a chinese secret and a discovery in Normandy.

Crises aren't new. In the XVIIc the kings minister was devising schemes to get France out of the pits. We'll see one of the schemes he started. 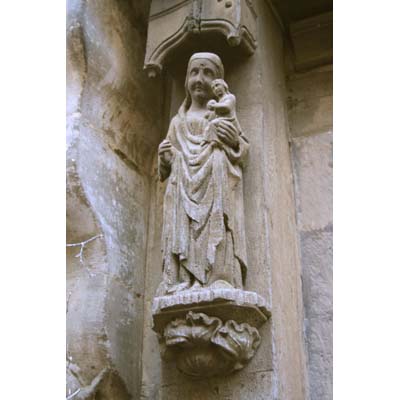 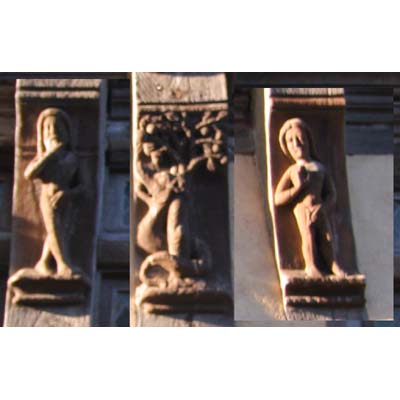 Nude carvings in the street. Medieval man had strange habbits.
The are several buildings with exquisite carvings on their facades. 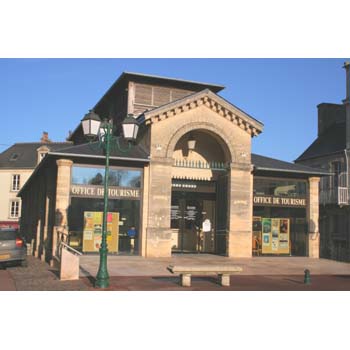 That louvred roof is strange. What could it be for? 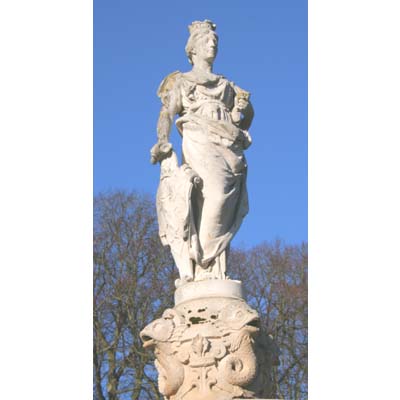 The mother of all Normans. Under the statue of Poppa you'll hear how Bayeux was the capital of France for 9 weeks. Later on we'll walk in the moat in the shadow of the Roman wall. 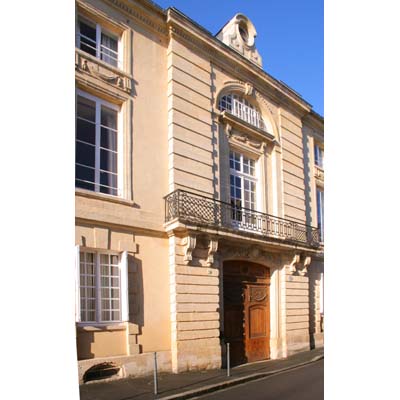 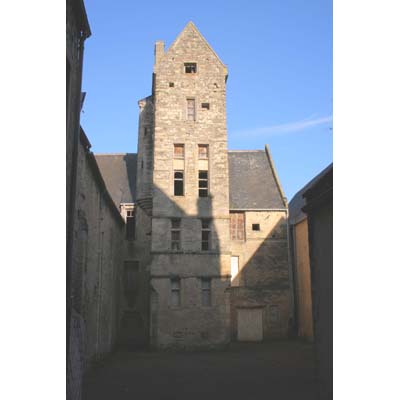 Bayeux has historic houses from the XIIIc to the XIXc. It also has XXc and even XXIc houses but we don't talk about them.. 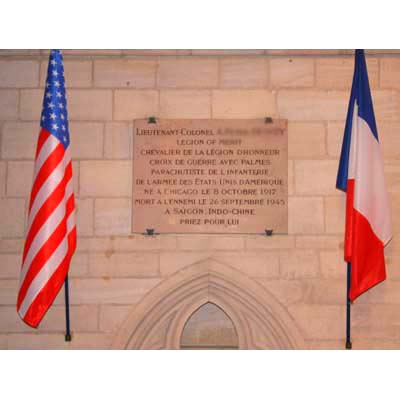 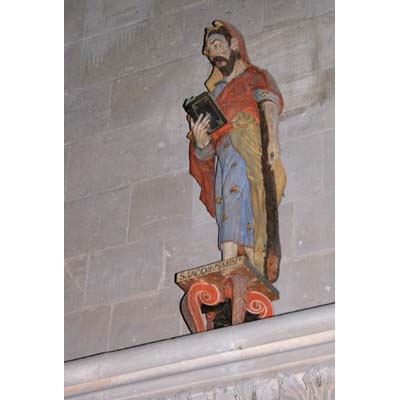 Why should there be a memorial to an American who died in Vietnam? And what was the connection with General deGaulle
What's behind that polychrome statue.

We'll also see where lace was made for a royal wedding, and where you could learn to make the Bayeux tapestry (which is in fact an embroidery) 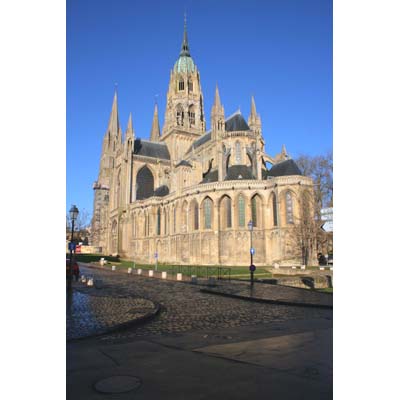 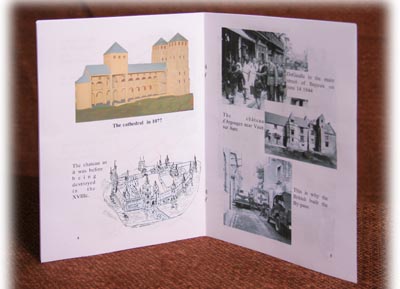 The Cathedral is the central landmark of Bayeux, built from 1050 it has 800 years of architecture in it. You might not know the difference between a wall painting and a fresco. You will after following this guide. 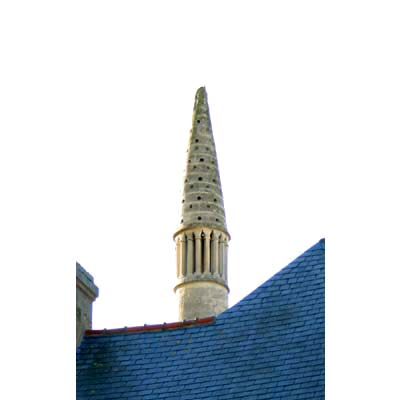 This chimney dates from the XIIIc. It's the oldest part of a private dwelling in Bayeux, but 150 years younger than the Cathedral. We'll be seeing vestiges of the roman occupation from the III century. You'll hear about druid temples, roman castrums, ten day weeks, and chamber pots.

Along the way you'll hear about many other sites and anecdotes. 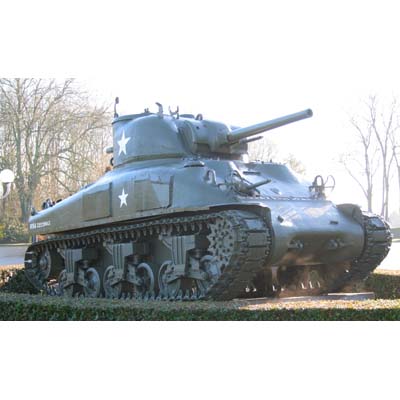